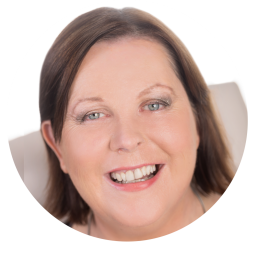 The Coaching Conversation: How do I change my boss's behavior?

Many of my private coaching clients come to me feeling frustrated and stressed when they find it difficult to deal with disrespectful behavior in the workplace. In many cases, they feel like they are being bullied by their managers. And this can occur simply because they are a woman. If you feel like this has been happening to you, then I want you to know that you are not alone.

I am going to share with you something that you may want to resist at first. And of course, it is only my perspective; however, if you take a minute and ask yourself, "how could I apply this within my role" instead of dismissing it immediately, it is the first step to change and deepen your self-awareness.

One of my private coaching clients asked me: "how can I gain more confidence to speak up when they are dismissed and interrupted, just because they are a woman?

For a while, the conversation focused on finding a way to get her boss to change his behavior.

Then I asked whether she thought her boss was able to change his leadership style and become more approachable?

After a significant bit of silence, she admitted that he probably wouldn't. At this point, she realized she'd been "beating her head against the wall," trying to get someone to do something that they probably were not capable of doing.

The conversation quickly shifted away from what he should do toward what she could do to motivate her peers directly. Ideas were suddenly abundant, and she built up a (successful) plan to interact with her peers more effectively.

Having a growth mindset determines your success:

I wanted to share some of my thoughts around the importance of having a deep sense of self-awareness. My clients come to me to move quickly through their limiting-beliefs and achieve their goals and aspirations. Many of them are high achievers, which is why not being heard in the workplace is soul-destroying for them.

They get to a stage that they will no longer tolerate others tiring to silence them. These women are intelligent high performers, but what holds them back is themselves. After all, why would you stay in an environment that’s purpose is against all of the leadership principles? The principles of respect, honesty, approachability, giving others help and leading by example inspire and motivate others.

Make a decision to deepen your own self-awareness

Decide to start, take action, and not simply dismiss the idea that your situation will never get better. That way of thinking is having a fixed mindset instead of a growth mindset. The first place to start with is something that you have 100% control over, and that is your thoughts. No-body can control your thoughts. It is the meaning that you bring to your external factors that are enforced from past conditioning. The good news is that you can change the way you think by applying some of my advanced coaching methods. And I am going to give you access to these in a guide that I published recently.

This guide is easy to read, and after each section, you will find some powerful coaching activity questions. These questions will give you the confidence to control your emotions and change your approach entirely around difficult conversations. Just imagine being able to remain calm, centered, and poised during any problematic situation and speak your truth with authenticity. Be the woman who will not settle for mediocrity. Become the empowered woman that achieves more and becomes me.

BONUS:   CLICK HERE TO DOWNLOAD  HANDLE YOUR APPROACH AND EMOTIONS DURING DIFFICULT CONVERSATIONS. SPEAK UP AND BE HEARD

Do you have a friend or collogue who wants to approach difficult conversations  with authenticity and personal power?

I empower Women within Business and the Workplace to smash through any limiting-beliefs while applying the right strategic strategies to build a thriving online business or explore career advancement opportunities. To recognize your full potential and strengthen your inner-game to believe more and achieve more while making a positive impact aligned with your purpose and values. Be the Authentic Woman in Leadership within your business or in the workplace.

Please log in again. The login page will open in a new tab. After logging in you can close it and return to this page.

Where would you like us to send your GUIDE and COACHING ACTIVITY SHEETS ?

Don't worry, we don't like spam either, and you email adress will be safe.