Feeling Stressed and Anxious or Disconnected

Around the Pandamic & Its Challenges in the Workplace

Belong To A  Supportive Community And Express Yourself Freely

Move Away From Worry, Doubt, Overwhelm To The Confident Connected Leader

You are almost there!

Complete your Payment Below & Connect with Other Leaders who SHOW UP, SPEAK UP & UPLIFT others

Scheduled Price Increase for 2022 - Your Club Membership will never increase as long as you are in good standing as a member.

No locked in Contracts - Month by Month 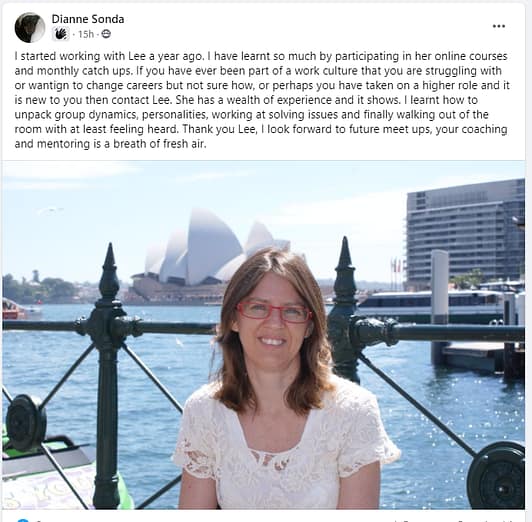 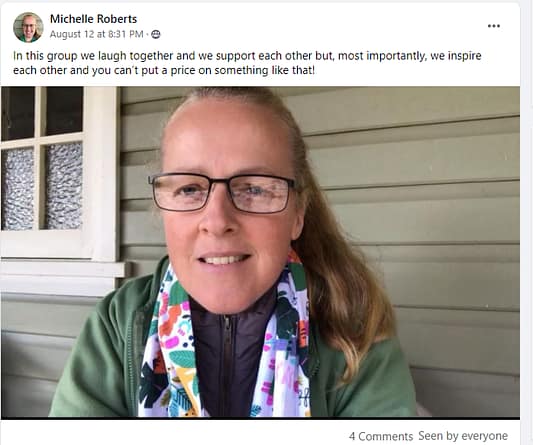 Lee Stemm was my Professional Coach in 2010 when I was based in Brisbane. I voluntarily sought Lee out as a Coach after witnessing her success with one of my direct reports and the subsequent success of several other leaders reporting to me when I contracted Lee to the hotel's Leadership Coaching program.
As a coach, Lees program was in-depth and had an easy to follow a framework that drew out root causes of issues that were managed through the program, such that my overall leadership performance excelled. She applied her expertise in NLP (Neurolinguistics Programming). She was able to help develop, with the ownership of the coachee, behavioral changes that created long term improvements in leadership skills. I would recommend Lee as a Professional Coach. Her involvement in our business and my own development was and remain invaluable.

I have gained the following results from coaching with Lee
1.Created a vision and purpose for myself
2.More Focused toward the development of my team members
3.Team have become more and more empowered to take on things that only I ever used to do. This has cut down on my having to take work home on the weekend.
4.My bosses have acknowledged that I definitely am a stronger personal and really do stand up for myself
5.I will be commencing my CPA Public Practice certificate study this coming July”