EMPOWERING WOMEN AT WORK AND BUSINESS

MASTER THE ART OF DIFFICULT CONVERSATIONS

KNOW EXACTLY WHAT TO SAY WHILST GUIDING THE CONVERSATION

IT IS JUST WRONG WHEN YOU HAVE TO PROVE YOURSELF EVERYDAY

Are you Ready to Lead as a Woman that is Unique, Empowered, Calm Whilst remaining Relaxed having a quiet sense of certainty & embracing your full potential?

MASTER THE ART OF HANDLING DIFFICULT CONVERSATIONS AS A EMPOWERED WOMAN

Join the Waitlist and get Notified for Next Program

Due to my Hands on approach, I will  personally  guide you through my signature coaching program

A Woman who elevates your own  performance and others . You put forward your ideas and perspectives without hesitation with confidence during those important meetings, and difficult situations.

Having the ability to have those important conversations, knowing exactly what to say, to be heard and seen, so you speak with Confidence, Grace, Poise and Conviction.

Making  successful choices whilst overcoming any past conditioning that may have hindered your progress & motivation. You act on your personal values and integrity whilst being respected by others.

As you start to prepare for future career or business opportunities , you pause, then take a deep breath, remembering  it all started with altering your approach, habits and behaviors.

I have figured out how to create long term change, to strengthen your ability to have those important conversations.

And once you develop these skills, then you will have them forever.........

Are you Ready to step into your own Personal Power?

Donna was struggling in her leadership role, feeling excluded, bullied, talked over and disrespected. Quiet often she would have to leave her office, and find a quiet coffee shop to simply release her emotions that she was trying to suppress all day.

She had attended many training programs within the company to prepare herself for her role. And things were getting worse instead of improving. She was losing confidence and was becoming so sensitive, that if anyone spoke to her she would burst into tears.  Not only was it affecting her work, it was also having a negative effect on her personal live.

And then Donna found me. I worked with Donna as her coach, and within six months, the General Manager Raymond Faulkner of Holiday Inn  pulled her aside and asked her about what has happening. He was observing how much more confident and productive she had become.

She told him about me, and that is how I transitioned into the Corporate world as the coach that creates long term change within leadership teams. I use my proven signature system that creates transformation.

The Changes will stay with you forever. Once you step into your own personal power with the right tools, things will never be the same again.  Not only will you excel within your career, you will also gain a more fulfilled personal life whilst regaining hope, certainty and empowerment.

Renatte  Just Completed this Program .... Have a Listen

The Outcome of this course is to :

Actually having those difficult conversations

You have stopped believing in yourself

Some Women simply are so scared of the unknown.

They  remain doing the same thing !

NO LONGER  BELIEVING IN THEMSELVES & SLOWLY LOSING HOPE

BECAUSE IF THERE'S ONE THING I KNOW, IT'S THIS:

"There is an element within all of us, that respond  deeply with People who level with us - Unleash your Confident Voice  - Lets get started!  " 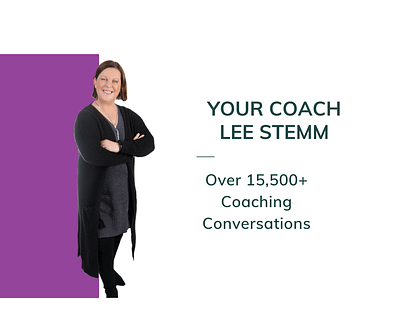 My Name is Lee Stemm

This is my personal invite for you to join my Master the Art of Handling Difficult Conversations as a Woman in Leadership Coaching Program.

Because you have answered "YES" to the any of the questions above, then I know something about you already  ........

You have the desire to do BIG THINGS, TO MAKE AN IMPACT IN THE WORLD AND FOLLOW THE PRINCIPLES OF LEADERSHIP THAT WILL EMPOWER YOU AND OTHERS!

The main Benefit I gained from working with Lee, was that my colleagues   saw the changes in my management style. My communication was more clear and confident. I gained a clear picture as to what type of leader that I aspire to become. I was able to put my values into action within the company.

Lee’s style is very welcoming and inclusive and she has a massive amount of tools in her tool belt and was able to adapt and change sessions according to the need of the class. Lee was able to capture some employees who were struggling and provide a safe and secure place for them to communicate as part of the sessions.

Now you have to choose...

Do you stay where you are or do you move forward?

Empowering Women in the Workplace

The Art of Handling Difficult Conversations

My Proven Signature System  that guides you through the exact steps

to have the ability to handle difficult personality types with Confidence.

Controlling your emotions & speaking with inner strength and conviction

What is included in the Program?

Weekly Videos and audio files. Download the  audio files to your
phone with your , activity sheets, PDF files, and assignments

Your membership access to the training site 24 /7 365, enabling
you to revisit the material for 1 year and work at your own pace

Scripts, templates, and a step by step blueprint and role-plays  to prepare you for your
difficult conversations

One you have completed the 5 week program, you are supported for a further 3 months. Therefore you will have a total of  4 months support

Your Support Package which is included in your initial investment consists of:

“I have gained the following results from coaching with Lee
1 Created a vision and purpose for myself
2. More Focused toward the development of my team members
3. Team have become more and more empowered to take on things that only I ever used to do. This has cut down on my having to take work home on the weekend.
4. My bosses have acknowledged that I definitely am a stronger personal and really do stand up for myself

I  was having issues with some team members and I called in Lee to assist us in handling the team conflict. Lee was able to get the members involved to work more effectively together by developing the company values and running team training and coaching. She also worked directly with myself and my business partner Katie Eckford around our business goals and our leadership direction.

What is Covered in Each Session

Watch the recorded videos, complete the activity sheets and assignments, and bring your questions to the Live Coaching Calls

Your Bonuses that are included in the next upcoming program

Gain valuable feedback and support  personally from Lee.  After you have completed the 5 Week coaching program, you will still be supported by Lee. Submit your self-reflection debrief video after each conversation and get feedback from Lee.  This bonus allows you to submit 4 recordings directly to Lee.

The Empowering Women's Inner Circle Club is an exclusive community to further support Women within Career and Business. Once a month you will be invited to a Live Group Coaching Session for Q + A and Follow up support.

You will also receive valuable resources throughout the month around Leadership, Business and Personal Development.

One of the  most popular modules from my Conflict Boot-camp 101 Course. This ensures that after you have those difficult conversations that you still engage and continue to strengthen relationships within the company or business. Building a culture based on inclusiveness, trust and high productivity.

Bring along your most pressing issue to this private session

Are you Wanting Transformation or simply Information?

This is not going to be

Like  other courses out there teaching you how to handle conflict …

Self Awareness and Impact.

If, for any reason, you are not  satisfied with  this program, you can get a full refund anytime within 14 days. If you have any issues, just get in touch with me and I'll either help you out or give you a swift refund.

Master the Art of Handling Difficult Conversations as  an Empowered Woman

What happens if I miss a Live Coaching Session?

All of the live coaching sessions will be saved and loaded up to your membership access site, to preview at a time that works for you. Of course I encourage you to put aside the time to jump on Live, as this will give you the fastest results.

This program is about transformation, and is not just about gathering information.

How much time per week , do I need to put aside?

That is entirely up to you. The more time you commit the faster results you will gain. Watching the videos, attending the live weekly sessions and doing your assignments, should add up to around 3 hours per week for the first 5 weeks.

Then you will need around 1 hour per week to set aside for the reminder 12 weeks. Really it is about working at your own pace.

I recommend that you set some time on a daily or weekly basis to commit to your own development. Just get organized .

How do I get feedback on my weekly assignments?

You will email me your completed activity sheets, along with your debrief videos of how the conversation went. You will have up to 4 videos to submit to me for feedback within the 4 months.

You will also gain feedback and support  during the Live Coaching calls as you bring to the session your questions and challenges that you are having within your role, around handling difficult conversations.

How many Women are on the live weekly coaching sessions?

I like to keep the weekly calls to 15 Women maximum in each group. Sometimes the groups are smaller, as if these numbers are exceeded, then i break up the participants into different  even groups. This enables me to give personal attention to everyone, so no-body gets left behind.

How is your Program different from others online?

This program is focused on long term change not just watching recorded videos. You will have access to the recorded videos around the topics that relate to the transformation of having difficult conversations, along with scripts, templates and role plays.

You will gain the most transformation, when you actually apply the skills in real everyday life. Therefore having assignments, set that are around taking action is the key to success.

It is here you will get your feedback, personally from me. Along with encouragement, support, accountability and hope.

It is too easy to read a book or do an online course with no support, and just put the information into your draw, taking no action.  Yes I will be holding you accountable to having those conversations, with kindness and compassion. You can not hide!

Do you offer Personal Sessions as well for fast tracking?

How long do I have access to the Membership site?

You will have access to the membership site 24 /7 365 days. So you can re-visit the material anytime for a period of 12 months

I have had  over 15,420 Coaching Conversations  and still counting.

The Coaching Transformation is consistent with all of my clients, who  made the right choice, to work with me & invest in themselves

Are you Ready To Take Action Today?